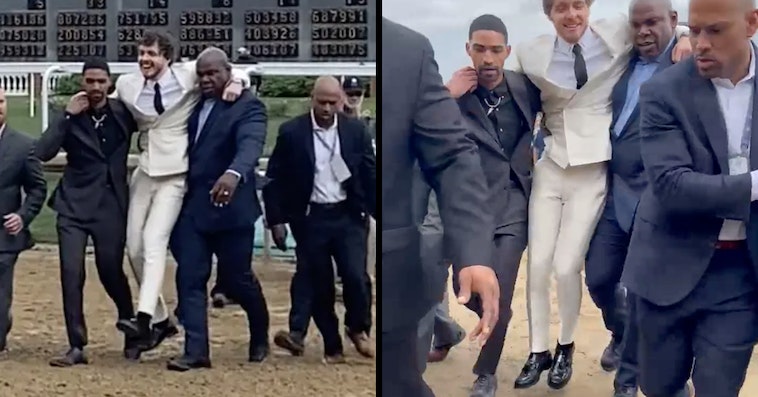 Rapper Jack Harlow was seen at the Kentucky Derby over the weekend in a white suit and shiny black shoes that presumably cost him a pretty penny.

For the majority of the event, Harlow was seen hanging out with fellow rapper Drake, but that isn’t what has set off the internet — rather, people online are roasting the rapper over a video shared by the official Kentucky Derby Twitter and TikTok accounts showing him being carried over the muddy ground by two black men to keep his fit pristine.

“Gotta keep the kicks clean for Riders Up,” the official Kentucky Derby Twitter account posted along with the video.

The look is not a good one for Harlow, and the internet put him on blast for it.

The official KFC Barstool account tweeted comparing Harlow to Aladdin, saying, “Jack Harlow was at the Derby acting like Prince Ali Ababwa, getting carried around by his team of men to protect him and keep him fresh.” 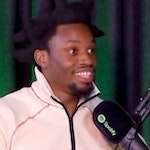 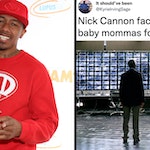