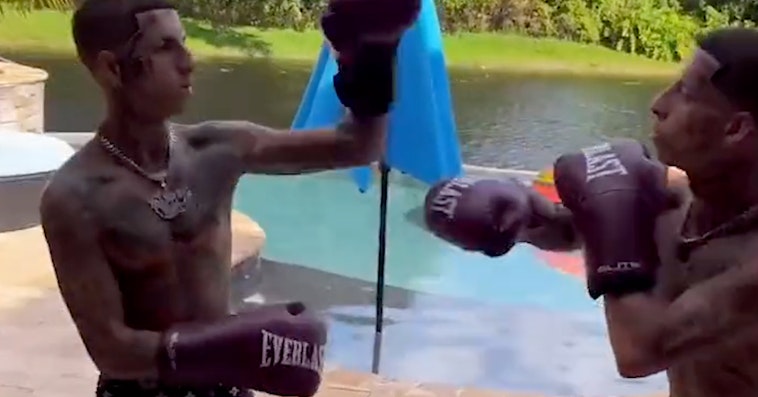 It appears that the Island Boys are vying for a celebrity boxing match spot, if the viral videos of them play-boxing in their backyard are anything to go by.

Overall, reactions to the viral videos are a mixture of laughter and mocking of the scrawny pair’s boxing form, even if they’re just “boxing” for fun.

The 20-year-old twins from South Florida first went viral on TikTok in October 2021 for a combination of their bizarre appearance and singing about being “island boys” which gave them their band name, and it appears that they are fighting to stay relevant.

The second viral clip is captioned, “KodiyakRedd is ready to box any rapper,” which would be a hilarious sight to see given that the twins are likely 125 lbs soaking wet. A number of commenters have said that Jake Paul should get in on the fight, like he is wont to do with proposed celebrity bouts.

While it could be that the pair are just roughhousing in their backyard, based on the second clip that went viral, it is most likely that they’re trying for a celebrity boxing match this year.

Reactions to the clips are hilarious, to say the least. One user commented that their boxing was “about as good as their rapping” — that is to say, terrible.

One person said that the pair would be perfect for the “twerpweight” division.

Though it appears The Cage Titans seem to be interested in booking the Island Boys—if only for laughs. 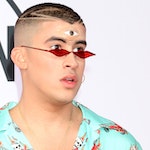