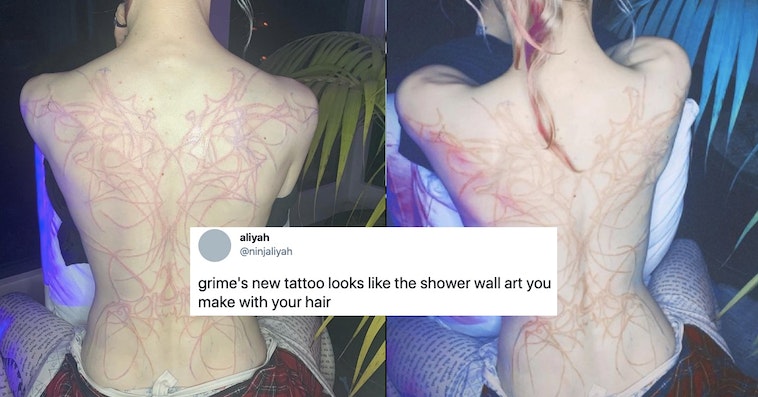 Grimes is known as a musician and the wife of billionaire Elon Musk, and she can pretty much do whatever she wants. Of course she got a freaky back tattoo that no one else could pull off.

And yet people were disturbed by her Instagram post revealing the massive tat, which does not look like anything I’ve conceptualized as a “tattoo” in my life.

“Don’t have a good pic cuz it hurts too much and I need to sleep haha, and it’ll be red for a few wks , but gna be beautiful alien scars,” she captioned it.

Do these look like beautiful alien scars to you?

This is not something I’d ever have put on my body, permanently or temporarily, but that’s how I feel about most tattoos. It’s her business and looks cool to some people. To a whole lot more people it looks like anything but “alien scars,” whatever that’s supposed to mean.

Did the aliens cut her up? Is that what happens when an alien touches you? Are aliens covered in scars themselves?

No one seems to have any answers, but they do have a lot of funny and very real comparisons to other stuff Grimes’ tattoo looks like. And a lot of them make more sense than her explanation: 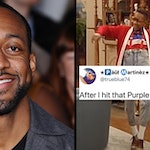 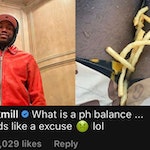