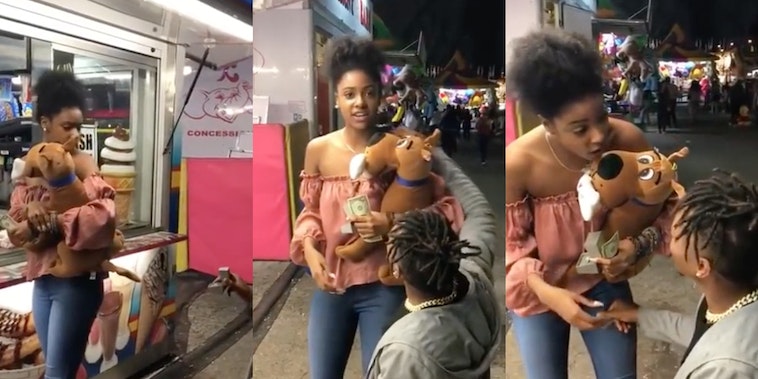 A viral video shows a young woman who has just been proposed to by her boyfriend but thinks the whole ordeal is a prank.

At the start of the video, posted to Reddit’s popular r/PublicFreakout page, the young woman is turned toward a stall in what appears to be a local fairgrounds. She’s holding a stuffed Scooby-Doo as she turns toward the camera and then down to her kneeling boyfriend with an open ring box.

It probably says a lot about their relationship that she thinks he’s playing around with her and that the presentation of an engagement ring is a prank. But the surprise is well-executed.

“You’re funny,” she repeats, looking at the ring. “You’re being so funny right now.”

She absolutely doesn’t believe he’s serious, but he assures her that the ring and the proposal are authentic.

“I don’t like the jokes, y’all,” she says, getting emotional, realizing it is all real.

“If I cry, and y’all say April Fool’s, I swear to God,” she replies while pulling the ring out.

The unseen woman at the stand congratulates the couple on the proposal and engagement as the young couple hugs, and the young woman cries tears of happiness. It’s a beautiful moment.

u/datusoe commented: “That moment she finally realizes it ain’t no joke and just starts crying, this was nice.” 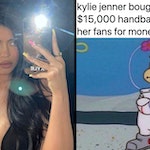 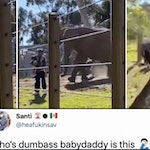