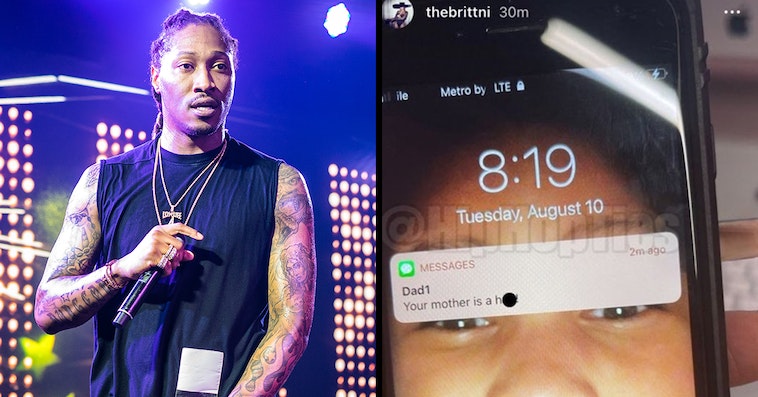 Future’s baby mama blasted him all over Instagram this week, accusing him of not having seen his son in months but sending him disparaging messages about her.

Brittni Mealy, who owns the clothing line called Unicorn Universe, shared texts she alleges were sent by Future to their 8-year-old son.

Another features instructions to tell his mother to buy him some clothes.

“You a real coward he 8 years old stupid,” Mealy captioned one of the posts.

Mealy made a follow-up post claiming that Future was being “petty cause someone don’t wanna be sexually active with you and just want to co parent!!”

“I have been sooooo nice and calm I’m tired now!!!” she wrote. “But I’m chill! I DO NOT PLAY ABOUT MY KIDS! I’m a mother first and always go stand up for mine!”

She also added that Future hasn’t seen their son in three months despite being in the same state.

The rapper mostly kept mum following the posts, but did post one tweet people believe to be about Mealy, reading only “Pray for Her.”

However, Future’s mother seemed ready to get into the ring with Mealy, accusing her of turning to social media “for attention.”

“No matter how much you give a person it’s never enough,” Stephanie Jester wrote on her own Instagram. “We have to really pray for self-love because ppl take it out on everyone else.”

But Mealy soon fired back, saying Jester was being publicly supportive of Future while openly discussing his flaws as a father behind closed doors.

“You part of the problem this man a product of your household apple dont fall [far] from the tree,” she wrote.

For the most part, fans have been sitting back soaking in the drama and taking sides. 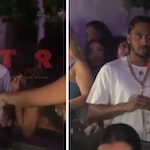 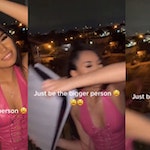