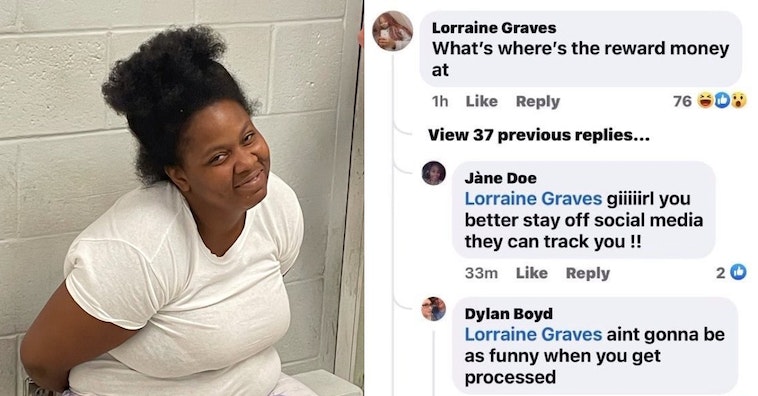 A woman named Lorraine Graves pretty much turned herself in when she started commenting on a Facebook post looking for information about the crimes she committed herself. The Oklahoma woman was wanted in connection with a fatal shooting, Insider reports, and was featured as a part of a “most wanted” post. She was charged with accessory to murder.

Graves wrote on the Tulsa Police Department’s Facebook page, who said they were “looking for information about the whereabouts of Lorraine Graves,” on which she commented, “What’s where’s the reward money at.”

A lot of people responded to Graves’s comment, some of whom seemed to be trying to warn her that posting from her Facebook account could bring down the law on her, since that kind of data is being mined all the time.

One wrote, “Giiiiirl you better stay off social media they can track you !!”

In fact, Graves was arrested the next day and is being held in Tulsa County Jail. Her bond is set at $500,000, and she could be sentenced to up to 45 years in prison. Two other men were arrested in connection with the crime, the murder of a man named Eric Graves in March. 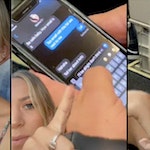 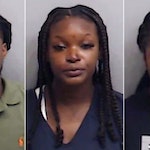