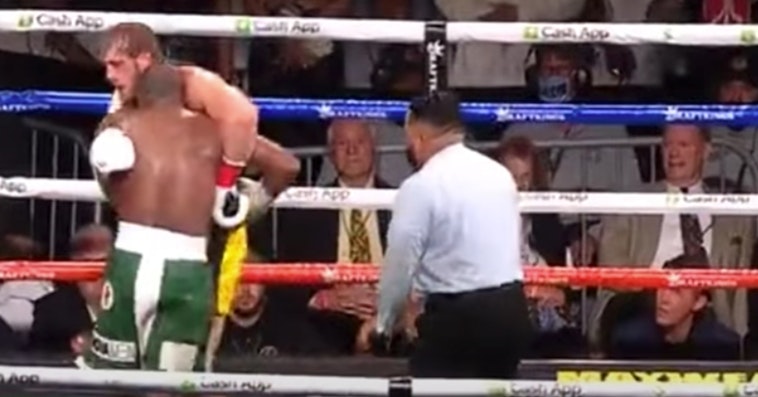 The long-awaited fight between YouTuber Logan Paul and actual fighter Floyd Mayweather finally happened, and it was a long eight-round letdown. The pay-per-view match was held at the Hard Rock Stadium in Miami on June 6th, and while technically no one “won,” it felt like the viewers lost. Many were expecting Mayweather to knock Paul’s block off, but instead, it seemed to many that he was helping Paul go on longer so the match wouldn’t end immediately.

The conspiracy theory that the match was rigged seemed to be confirmed by this clip in which Logan gets clipped in the chin and it seems like he’s about to go down—and then Mayweather catches him and they hug it out until he can stand on his own two feet.

Why would Mayweather do this? Well, fans think that the $100 million he was set to take home from PPV earnings might have something to do with it. The Daily Mail reports that viewers shelled out $50 to watch, and they expected a show. Plus, the longer the match, the more coverage it would be bound to get, which means more money and attention for Mayweather. It still looks kinda bad.

Paul seems aware that he almost went down and was scrambling to hold his own.

In the post-match interview, he said, “This is still one of the greatest moments of my life… damn, I’m happy. You never know with this guy, I’m going to go home thinking, “Yo, did Floyd let me survive?'”

Meanwhile, during his interview, Mayweather essentially admitted the whole thing was a scam.

“When it comes to legalized bank robbery, I’m the best,” he joked. “I changed my name from ‘Pretty Boy Floyd’ to ‘Money Mayweather.’

He described the money opportunity of participating in the fight as a “quick heist.”

“I’m somewhere in Aruba, in the Bahamas, in Dubai, I’m traveling the world on my jet, making millions every month, not worried about nothing and then when I see there’s a chance for me to do a heist, a quick heist, I’m going to let you all know this,” he said. “Y’all can say what you want to say. At the end of day, I’m the smart one because I don’t care if you write good about me, you write bad about me, just keep writing about me. Ya’ll are keeping my name out there.” 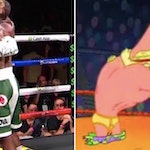 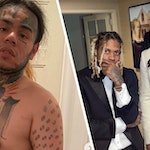