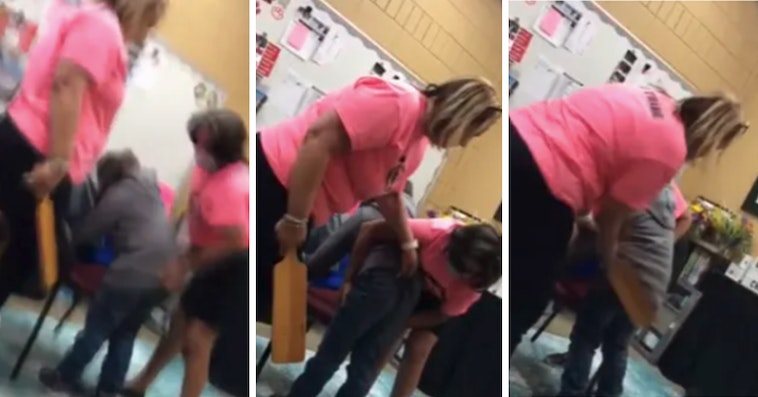 Central Elementary School Principal Melissa Carter is under investigation by Florida police after a video started circulating in which she brutally paddles a six-year-old girl. The video was recorded by her mother, who told Wink News that she didn’t think anyone would believe her without evidence.

“I sacrificed my daughter, so all parents can realize what’s happening in this school,” she explained.

“There are no cameras. What are we doing in this place? My daughter and I, alone,” she continued, saying she secretly recorded while hiding the phone with her purse. In the clip, which was shared on TikTok and Twitter, Carter hits the girl with a wooden paddle as school clerk Cecilia Self holds her against a desk:

The mom also told Wink that initially, she did not understand what was about to happen because of a language barrier, and feared objecting due to her immigration status. Self apparently mentioned paddling but didn’t correctly convey what the situation would be.

“The hatred with which she hit my daughter, I mean it was a hatred that, really I’ve never hit my daughter like she hit her,” she said through a translator.

The Clewiston Police Department is investigating Carter, and the State Attorney’s Office for the 20th Judicial Circuit is considering whether to press charges, according to the Daily Dot. There are school districts in Florida that allow for corporal punishment, but not in Hendry County School District, where Carter works. It could be considered a case of aggravated battery, according to the family’s lawyer, Brent Probinsky.

“They’re using a weapon that can cause severe physical harm,” he said.

“The child is terrified, she feels vulnerable. There’s nothing she can do in the hands of these adults, who treated her so brutally, savagely, sadistically,” he added.

As to the reason for this assault, the girl’s mother had been called into school to pay a $50 fine after the six-year-old damaged a school computer. The school district has not yet offered any comment on the situation. 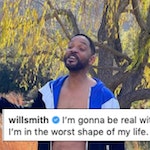 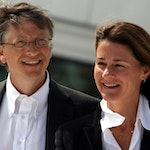