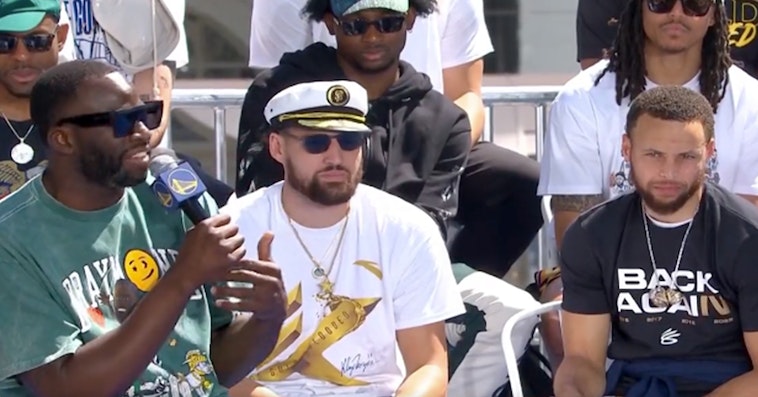 The Golden State Warriors celebrated their championship win in the NBA Finals on Monday night in the championship parade, and Warriors star Draymond Green dropped multiple f-bombs throughout the celebration.

The latest win against the Boston Celtics was the Warriors’ fourth title win in the last eight years. They won in Game 6, ending the series with a game to spare.

Green is known not to mince words on the mic, and he didn’t disappoint the celebratory crowd when he spoke surrounded by the rest of the team on stage.

At the beginning of his speech, Green admitted to the crowd he was trying to come up with that could be the most controversial thing he could say. Green jokingly told the crowd he would “continue to destroy people on Twitter.”

On a serious note, he praised his teammates and the “journey that this was” going through the championship games and winning yet another one.

Then he added, “I don’t know what y’all want me to tell you, that we better than everybody. This has been an amazing year. I told y’all don’t let us win the f-cking championship.”

“Clearly, nobody could stop it. I warned y’all,” Green went on.

The four-time NBA championship winner ended his speech with a zinger to anyone not a fan of the Golden State Warriors.

“I just want to say thank you all,” Green said, “and as always f*** everybody else.”

In the past, Warriors players have called out Celtics fans for shouting and chanting curses during their games — though to be fair to them, those fans were chanting things like, “F-ck you, Draymond.” — so it’s all a matter of perspective.

Not only did Green cuss during the celebration, which wasn’t shown live on TV, but he also made a point to confirm that he was being shown live on TV and cursed as well. 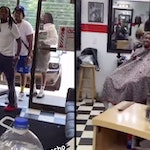 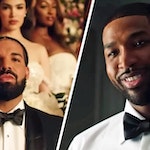