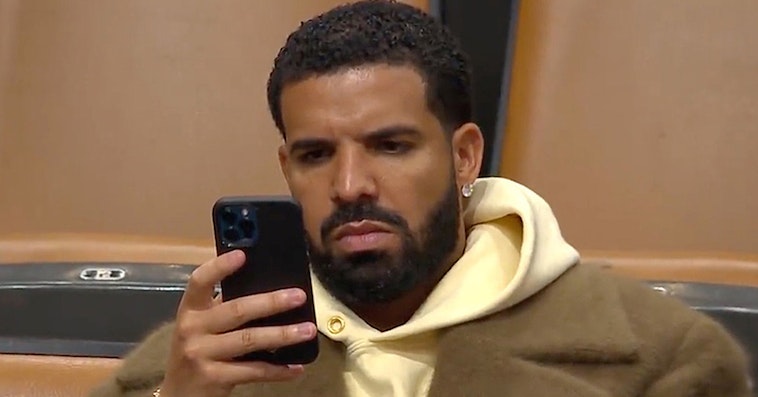 If there’s one constant in this crazy world, it just might be that whenever Drake shows up in public, there’s a good chance we’re going to end up getting a meme out of something he does.

The “Hotline Bling” meme remains the most famous of Drake memes, but a new contender has entered the ring — Drake looking at his phone during a recent Raptors game.

It’s a simple image, and one unlikely to eclipse the popularity of Hotline Bling Drake, but the good thing about basic memes is how versatile they tend to be. So let’s check see what’s been made of this one so far.

Some people focused less on the meme and the moment that Drake was living in right then, with many assuming his scowl had something to do with the news that Rihanna and A$AP Rocky are going to have a baby.

All the same, we now have yet another Drake meme base to add to the ever-growing collection. So whatever he was looking at in that moment…sorry for your pain, but the internet thanks you. 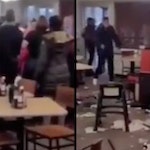 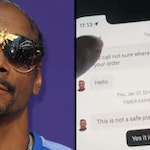