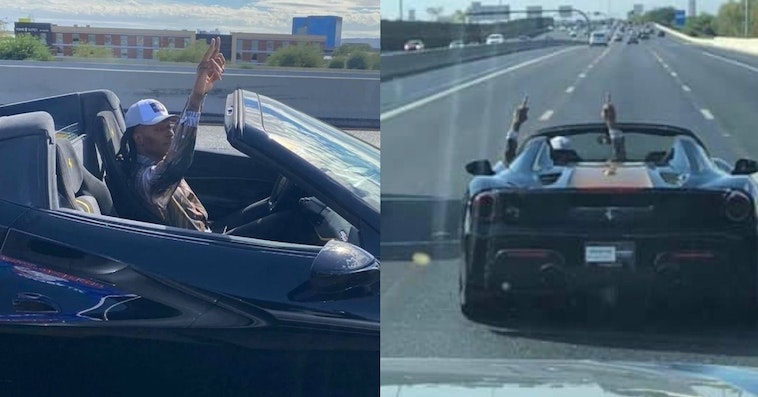 NFL player DeAndre Hopkins was on the field with the rest of the Arizona Cardinals on Sunday, but before that, he was spotted passing through a caravan of Trump supporters and giving them the finger.

Several people managed to capture photos of Hopkins cruising in his Ferrari and giving a double bird as he drove past the MAGA lovers.

Hopkins may not speak on his political views regularly, but he has previously responded to a speech given by President Trump by saying “this starting to feel like hands-maid Tales [sic],” referencing the dystopian world in Margaret Atwood’s famous novel. He’s also voiced his support of Black Lives Matter, which Trump has repeatedly opposed.

And sometimes, seeing a bunch of people touting their support for a guy who labels protestors terrorists, promotes xenophobia and racism, and spends his time golfing as hundreds of thousands of Americans die in a pandemic he lied to us about just evokes something visceral, and flipping them off feels like the right thing to do.

A lot of sports fans had strong reactions to Hopkins’ gesture, with one user even saying it “officially makes him the best [wide receiver] in the game.”

But some Trump fans who claim to have been in the caravan say Hopkins was “swerving in and out” of traffic, accusing him of putting lives in danger.

Though others followed up by pointing out Trump trains are what’s really disruptive in this scenario.

There’s no official word from Hopkins or his team about the incident yet, but it seems like Hopkins’ middle fingers might just be the final word on his thoughts here. 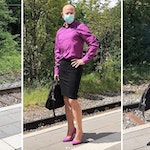 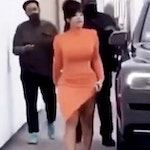