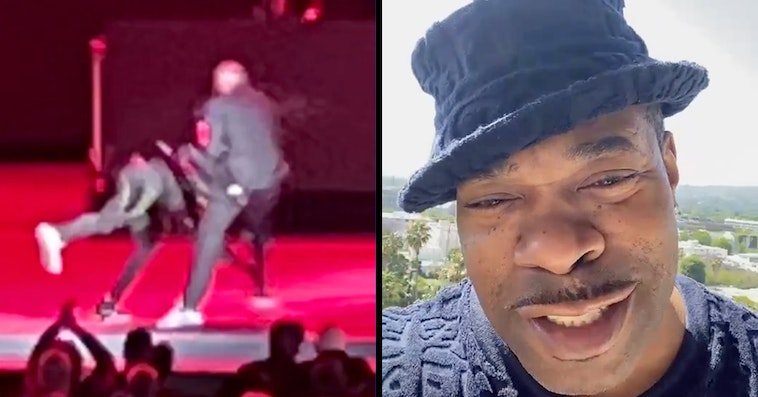 In an unexpected turn of events, Dave Chappelle was attacked on stage during a comedy performance in Los Angeles — and things didn’t work out so well for his attacker.

The comedian was performing at the Hollywood Bowl as a part of the Netflix is a Joke festival when someone rushed the stage, reportedly carrying a replica gun that contained a knife, and tackled Chappelle.

But Chappelle’s security team and some other folks backstage had his back. The attacker was stopped and beat up badly enough that he was loaded into an ambulance afterwards.

One of the comedian’s defenders was reportedly rapper Busta Rhymes, with whom Chappelle will soon be launching a new hip-hop/comedy experience called the Dave And Busta Tour (seriously), as well as actor and musician Jamie Foxx.

Chappelle faced backlash recently for transphobic jokes in his Netflix special, and decided to use this opportunity to double down on punching down, “joking” that his attacker was a “trans man.”

Chris Rock was also there and jokingly asked if it had been Will Smith, an obvious reference to him getting slapped by the Oscar winner at the Academy Awards earlier this year.

In actuality, the attacker was identified as 23-year-old Isaiah Lee. Not much else is known about him at this time, although he has reportedly been booked for felony assault with a deadly weapon. 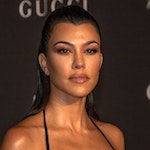 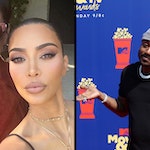