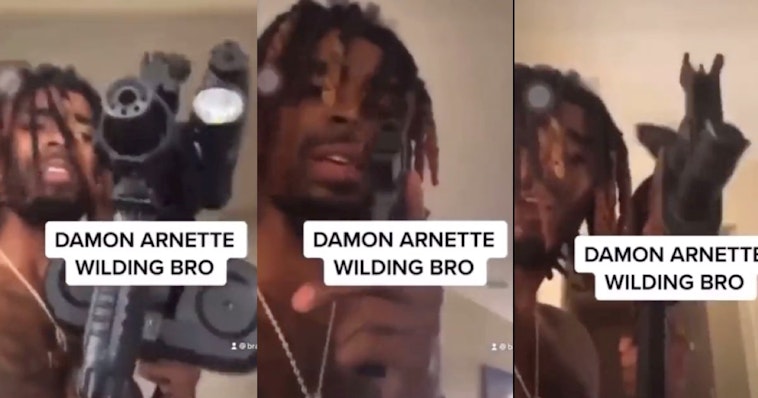 The Las Vegas Raiders are having a very dramatic season. Less than a week after releasing twelfth-overall pick Henry Ruggs III following his DUI crash, they have released another first-round pick, cornerback Damon Arnette, after a viral TikTok showed him threatening someone with a series of guns.

In the self-recorded clip, Arnette picks up and puts down one gun after another while talking to the camera, seeming to be threatening someone who said they’d “pull up” on him.

While he originally posted the video, it didn’t go viral until it was reshared by someone else on TikTok this past weekend, commenting on his strange behavior.

In a press conference on Monday, general manager Mike Mayock called it a “painful decision” to release 25-year-old Arnette, but it wasn’t the first incident that has caused problems for the team. Arnette is currently being sued over a hit-and-run accident that took place in 2020, and on top of what took place with Ruggs, it seems like the team is just trying to put out fires at this point.

“There have been a series of bad decisions over the last year or so, but we can’t stand for the video of Damon with a gun threatening to take a life,” Mayock said. The content was unacceptable, contrary to our values and our owner Mark Davis has been very clear and very consistent that this is not how we will conduct ourselves in this community. The bottom line, the Raiders will not tolerate this type of behavior.”

Maycock also said that they had rated him higher than most draft rankings because they believe they could work with him after speaking with his coaches at Ohio State, but his reputation wasn’t great, it sounds like.

“Obviously in hindsight, we weren’t able to do it,” Mayock said. “I know a lot of people, including myself, we were all concerned about this, but at the time we thought it was an acceptable risk. Obviously, it’s painful on all levels.”

Some people who have seen the video have said that as long as his guns are legal, it’s perfectly within Arnette’s right to defend himself, but a viral video where you’re threatening murder will rarely go over well at work:

Well, we can all probably agree that we’re happy not to be working in PR for the Raiders right now. 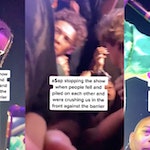 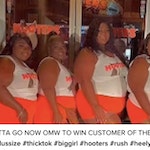