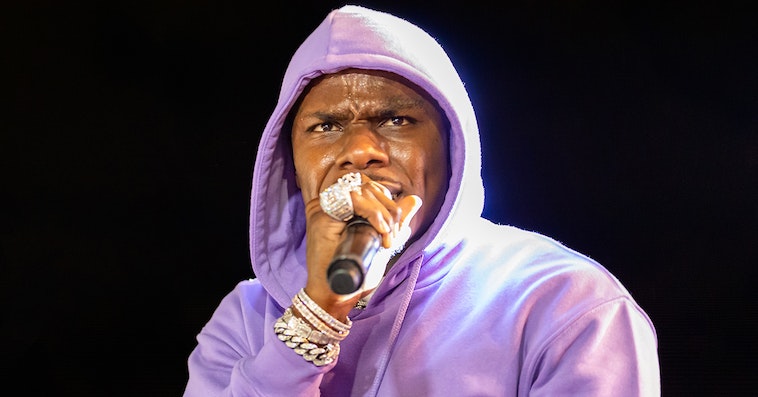 While performing at Rolling Loud Miami, rapper DaBaby made some homophobic comments about his gay fans which are not only gross but frankly unnecessary.

Like, why? Absolutely no reason to bring up dick sucking or HIV during a live concert performance, unless you are weirdly preoccupied with both.

It didn’t take long before people not at the concert heard about DaBaby’s comments, and soon after that, he heard their criticism and responded with a series of Instagram posts that have since been deleted.

Pretty soon, DaBaby was receiving even more backlash from higher-profile people, like Lil Nas X‘s father, Robert Stafford, who wrote, “Bruh sit down you had your time,” above a photo of DaBaby with his son.

A post shared by The Neighborhood Talk, LLC (@theneighborhoodtalk)

Dua Lipa, who collaborated with DaBaby on “Levitating” also posted an Instagram story about his homophobic words, saying, “We need to come together to fight the stigma and ignorance around HIV/AIDS.”

And then fashion brand boohooMAN commented, condemning his comments, because they dropped a 100-piece limited edition collection with DaBaby on June 30th.

“boohooMAN condemn the use of homophobic language and confirm we will no longer be working with DaBaby,” the statement reads. “Diversity and inclusion are part of the boohoo Groups DNA and we pride ourselves on representing the diverse customers we serve across the globe. We stand by and support the LGBTQ+ community, and do not tolerate any hate speech or discrimination in any form.”

DaBaby has finally offered some kind of apology, though it’s kind of weak, and manages to project that he still has total contempt for the LGBTQ+ community:

He wrote, “Anybody who done ever been affected by AIDS/HIV y’all got the right to be upset, what I said was insensitive even though I have no intentions on offending anybody. So my apologies.”

He also criticized the people commenting on his homophobia and shouted out his next shows:

DaBaby is sorry, not sorry. 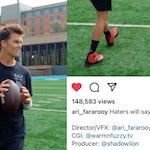 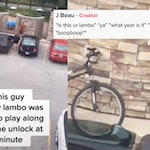