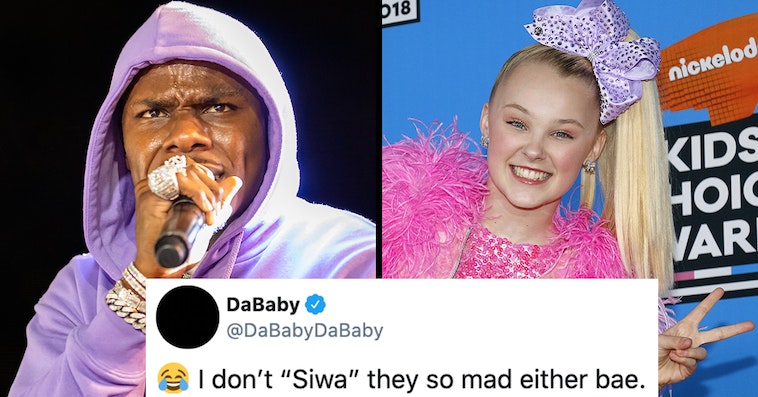 Rapper DaBaby is at a high point in his career and it’s pretty common to start beef in music for publicity and clout. It wouldn’t be too surprising if DaBaby decided it was time to come for somebody in his industry and drum up a little attention.

He might be a genius because he picked somebody that got a lot of people to look his way: 17-year-old JoJo Siwa.

In his new song “Beatbox Freestyle” DaBaby calls JoJo a “bitch,” and even flashes her picture to make sure there’s no misunderstanding as to who he is talking about.

Some people are finding this random attack pretty funny, because what in the hell did JoJo ever do to him? Her celebrity status comes originally from her time on the show Dance Moms, and since then she’s cultivated her fanbase of very young people with relentless positivity and hairbows.

She also recently came out as part of the LGBTQ+ community and introduced everyone to her girlfriend. Yes, they’re cute as hell together:

Where did these two meet? How did JoJo wrong him? There are lots of people offended on JoJo’s behalf, but the primary emotion being expressed is total confusion. It’s turned into a meme on Twitter:

JoJo hasn’t said anything yet about the weird lyric, but DaBaby has jumped on Twitter to say the lyric was “wordplay” that went over everyone’s heads.

He also said his kid is a huge JoJo Siwa fan:

After reading many comments about this, the wordplay seems to be that “Siwa” sounds like “see why,” so it’s kind of a pun and he’s actually calling his opposition in the song a b-tch, not Jojo.

But c’mon. DaBaby had to know what people would hear. And it worked, because we are all talking about it. 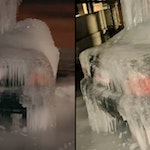 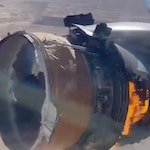