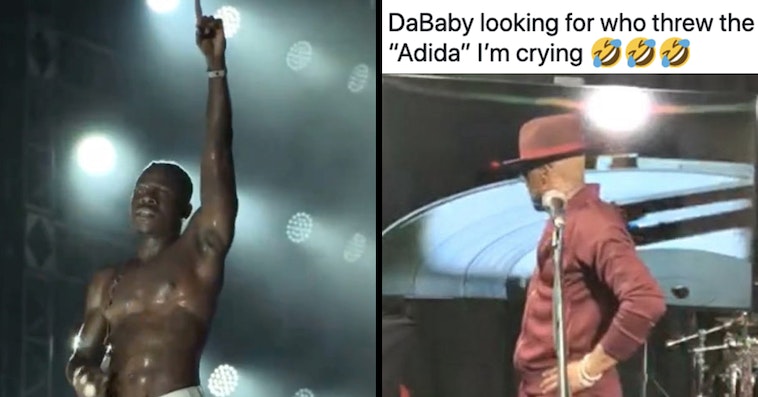 People love throwing things at concerts. It’s a bizarre phenomenon that you can always count on being true. Whether it’s beach balls or bras or, in the recent case of the Rolling Loud festival, simply a shoe.

Rapper DaBaby was addressing the crowd at the festival when the shoe came flying at his face. Fortunately, he was able to duck and let it fly by, but he didn’t let the moment go unaddressed.

“Who the f—k threw that motherf—king busted ass godd—n Adida?” he asked.

Usually, things tossed around near or at the stage are done so out of enthusiasm for the performance, but when a heavy shoe enters the picture, it’s anyone’s guess as to what the intent might have been.

But that didn’t stop the internet from theorizing.

And some were totally hung up on the singular “Adida” DaBaby called out from stage.

All in all, it was a pretty memorable moment for both those in attendance and those catching up online.

And considering how few people carry backup shoes around with them to events, one can just imagine the thrower hobbling out of that venue with one shoe off and one shoe on. Maybe they’ll save the other one to throw at the next concert they go to. 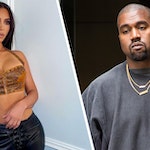 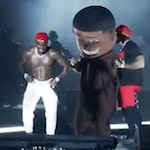