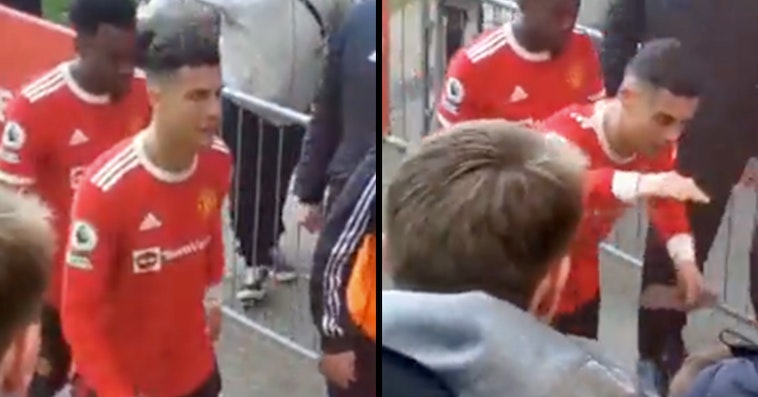 On Saturday, April 9, Manchester United lost to Everton, and player Cristiano Ronaldo stormed off of the field, smashing a phone out of a 14-year-old fan’s hand in a temper tantrum. The incident, caught on camera, is being investigated by police.

The footage of the incident has spread widely on social media and has over 3.8 million views. In the video, 14-year-old Everton supporter Jake Harding can be seen holding his phone, trying to record the players as they leave the field. As Ronaldo walked toward the tunnel, he smacked the phone out of the teen’s hand to the ground.

The teen’s mother, Sarah Kelly, spoke to the Liverpool Echo after the incident, saying that her son’s hand was bruised by what she called an “assault.”

“We were right by the tunnel where they came walking past,” Kelly said. “My son was there videoing them all. He filmed all the United players walking through. And then he lowered his phone because Ronaldo had pulled down his sock and his leg was bleeding. He lowered his phone to see what it was – he didn’t even speak.”

“Ronaldo then just walked past, with a terrible, terrible temper and smashed the phone out of my son’s hand and carried on walking.”

Kelly shared photos with the Liverpool Echo of bruising on her son’s hand, allegedly from the slap, along with photos of the phone with a cracked screen.

“You can see by the bruise that he’s made contact. I just can’t believe I’m talking about it,” the mother said. She went on, telling the paper that Harding, who is autistic and has dyspraxia, was left in “complete shock” after his idol slapped him.

“He’s really upset about it and it’s completely put him off going to the game again. This is the first [soccer] game he’s been to and this has happened,” Kelly explained.

“He’s an idol. My son’s always been like, ‘Ronaldo’s going to be there’ — he’s an icon. I’d understand if Jake were waving it in his face but he wasn’t near his face; it was down by the floor checking his injury. He’s an autistic boy and he’s been assaulted by a [soccer] player — that’s how I see it as a mum.”

Ronaldo took to Instagram to apologize for his temper tantrum.

“It’s never easy to deal with emotions in difficult moments such as the one we are facing,” wrote the soccer player. “Nevertheless, we always have to be respectful, patient and set the example for all the youngsters who love the beautiful game.

“I would like to apologize for my outburst and, if possible, I would like to invite this supporter to watch a game at Old Trafford as a sign of fair-play and sportsmanship.”

Merseyside police confirmed on Sunday that they are investigating an “alleged assault” on “a boy by one of the away team.”  A United spokesperson told reporters that the club was aware of the incident and “will cooperate with any police inquiries.” 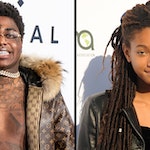 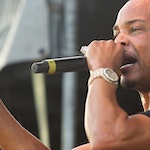