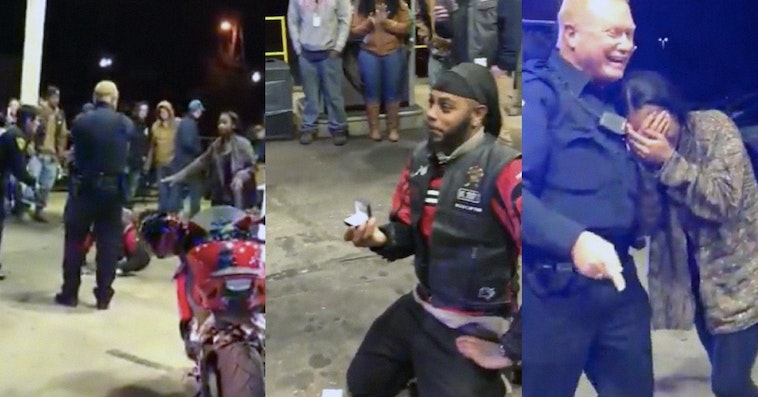 A wedding proposal from 2016 is going viral online again as people debate whether or not it’s in poor taste. The proposal was arranged by the groom and his bride said yes, so it seems like something they both “wanted,” but watching it feels like witnessing someone’s lifelong trauma.

The proposal took place in Mobile, Alabama, where Daiwon McPherson proposed to his fiancée Shawna Blackmon by faking an arrest with the help of the Mobile Police Department, AL.com reported at the time.

The video came back after being posted on Twitter by user @sharyfff, who seems to think it’s a sweet moment? In the clip, McPherson is on his knees in a gas station being approached by two police officers with taser weapons drawn.

Blackmon is literally putting her body between him and the cops, repeating, “I’m his wife,” and clearly trying to deescalate the situation:

McPherson then takes out the ring:

As Blackmon realizes it’s a proposal, she starts sobbing with what seems like relief, and falls into an officer’s arms:

Though a lot has taken place since 2016, the Black Lives Matter movement and widespread critical analysis of police violence against Black communities were definitely already happening. Now, it seems truly bizarre to see the matter be treated as a joke.

There was a lot of criticism online of the groom’s decision to do this to his fiancée:

This time their wedding proposal is at least going viral as an example of a bad idea, not a good one. 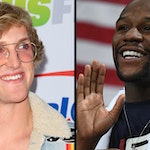 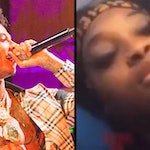