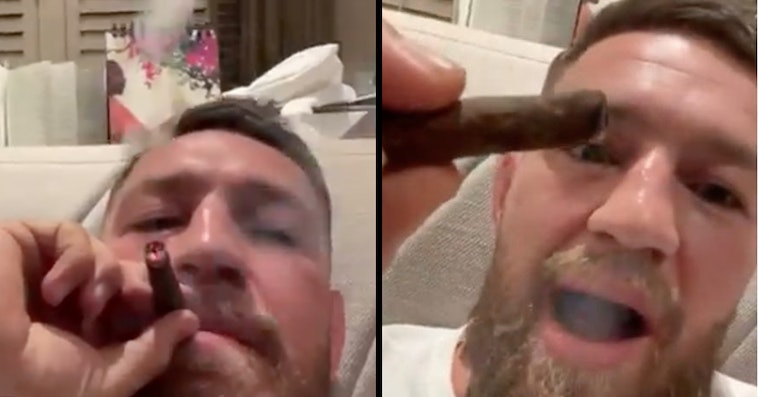 Conor McGregor is still toying with the idea of participating in a wheelchair boxing event as he recovers from a broken leg.

The UFC champ injured his leg last month during a match with Dustin Poirier, stumbling backward and snapping a bone as he fell to the ground. The match was cut short as he was unable to keep fighting and ultimately underwent surgery to repair his tibia and fibula.

But McGregor is already planning his return.

It was announced last week that a wheelchair boxing match set to benefit charity would feature McGregor vs Al Foran, a comedian notable for his impressions of the professional fighter.

But not long after the news broke, the fight’s future was called into question.

Foran tweeted on Monday that the fight was off, but that the charity event would still take place. It seems McGregor’s leg needs to do a little more healing before he can even participate in a wheelchair boxing match.

But McGregor turned the tables again, noting that while the originally planned date of September 11 is too early for him, he’s still hung up on taking part in the fight as soon as he’s able.

“I reckon October at earliest,” he wrote. “But maybe November/December too. It is hard to say at this time a concrete date. But I’m in! Wait for me please!”

And Foran seems willing to wait to make it happen.

“I’m fighting Conor McGregor at some point before the end of the year,” he tweeted Tuesday morning.

McGregor’s future in boxing is unclear, considering the severity of his injury as well as previous issues with his leg, but UFC President Dana White suggested we won’t know more until next year.

“It’s going to take him a year to recover from this one before he can come back, so I don’t know, we’ll see,” White said. “The fight game is a tough game and the kid’s cemented a massive legacy for himself and made a lot of money, so we’ll see how the rest of his career plays out.”

Hours later McGregor later shared—then deleted—a video showing him laughing while smoking what appeared to be a huge blunt.

Social media influencer Jake Paul, who has repeatedly challenged professional fighters to high-profit matches, has previously expressed interest in fighting McGregor, though the champ called him and his brother Logan “dingbats” in response. However, with his future fighting career in question, perhaps he’ll change his tune. 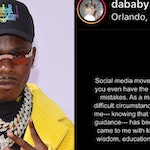 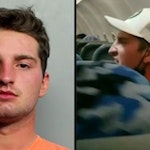