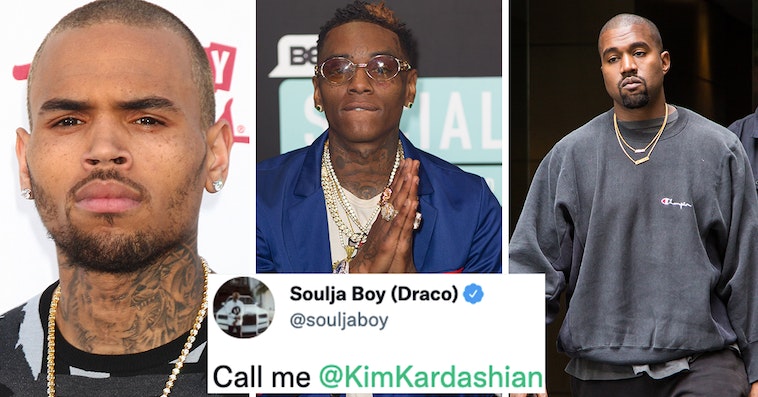 Chris Brown had some choice words for Kanye West after the latter’s new album was finally released to the public.

Kanye fans have been eagerly awaiting Donda for a while now, with several listening parties taking place and no official release date for the album announced. But the label was apparently tired of putting it off and dropped the album on Sunday.

Not long afterward, Brown took to his Instagram Stories to share his thoughts, which consisted entirely of calling Kanye a “hoe.”

The “Look at Me Now” singer later deleted the diss, but not before fans were up in arms trying to figure out what kind of beef was going on between them.

According to The Shade Room, Brown was supposed to have a whole verse of his own on Kanye’s song “New Again,” but when the album came out, the verse was gone and Brown was left with some vocals on the track but nothing more.

Soulja Boy had a similar complaint, sharing a series of texts on Sunday that he exchanged with Kanye earlier this year, seemingly sending over a verse for one of his songs.

The exclusion of Brown might seem like a good thing for those wondering why he still has a career after multiple controversies, violent outbursts, accusations of assault, and domestic violence. But that likely played no part in Kanye’s decision to cut his verse from the track, as he has worked with Brown in the past despite all of this.

Additionally, West accused his label of not only releasing the album without his “approval,” but also removing the track “Jail pt 2” from the initial release. He eventually got the song added back into the album, despite the fact that it features collaborations with Da Baby, who has been dropped from scores of festivals following homophobic comments he made recently, and Marilyn Manson, who has repeatedly been accused of sexual assault and abuse.

Both Manson and DaBaby also appeared at Kanye’s most recent listening party for Donda. 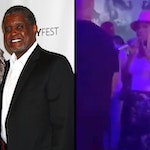 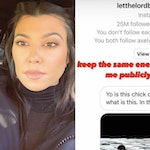