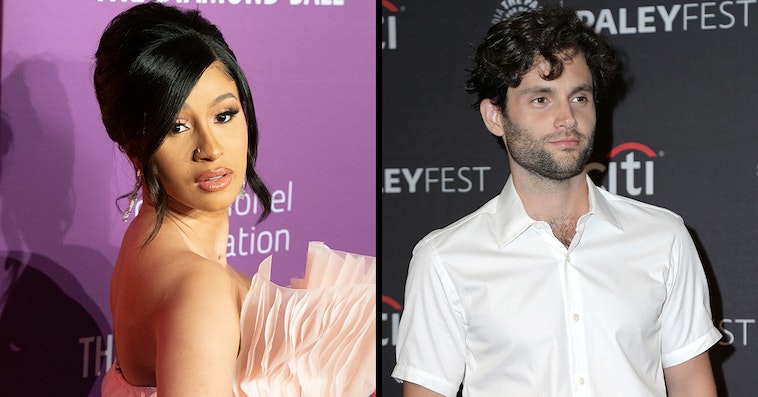 Cardi B cranks out a lot of hits, but many of the people who become Cardi stans are attracted first and foremost to her personality. She’s great in interviews and great on social media, where she is frequently turned into memes, remixes about the coronavirus, and other hilarious trends. Love her or hate her, you can’t really say she’s not engaging.

One person who has been paying very close attention to Cardi B is Gossip Girl star Penn Badgley, a fact that surprised everybody for some reason when a press conference interview he did began circulating.

Badgley is currently promoting the new season of Netflix’s You, in which he plays stalker and serial killer, Joe Goldberg. In the clip, he says how much he loves Cardi’s relationship with her fans on social.

“I really appreciate people who have this second-nature relationship to [social media],” he said. “When you do have something meaningful and substantive to post, then I think it really comes through and people appreciate it all the more.”

And Cardi saw it and freaked the f-ck out:

“OOOOMMFFFGGGGGG HE KNOWS ME !!!” she quote-tweeted the clip on Sunday. “OMMMGGGG!!!!!!Yoooo like I’m famous famous.”

It’s pretty funny that Cardi B never thought Penn Badgley wouldn’t know who she is—I guess they’re both pretty famous, but is he really more famous than she is??? I doubt he thinks so, because his response seemed pretty shocked as well.

Fans are loving the whole thing, especially joking that Badgley is going to throw Offset in “the cage,” a thing his character Joe does… hopefully, Penn Badgley doesn’t do that.

Since then they’ve each changed their avatars to one another’s photos, which it seems like Badgley did first, because Cardi B responded with a meme of child asking, “Is that me?”

It’s nice to have a little levity from two of pop culture’s favorite figures of the moment. As HipHopDX reports, on Monday, Cardi turned down a plea deal in her 2018 strip club assault case and could serve four years in prison if she is convicted. 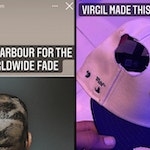 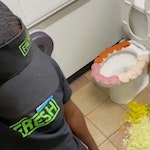