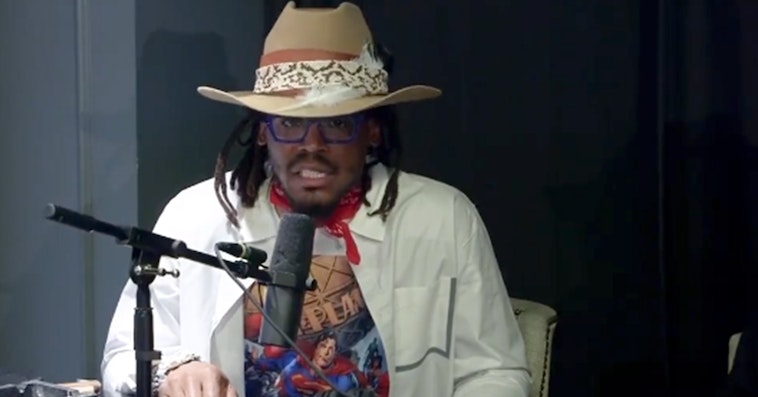 Former Carolina Panthers quarterback and current free agent Cam Newton is facing backlash after he made a series of sexist statements during a video podcast interview with Million Dollaz Worth of Game on Sunday. In a clip going around Twitter, Newton starts out with a wholesome reminiscence about his family and his parents, who have been married for close to four decades now.

“I had a perfect, a perfect example of what a man was in my life by my father. My parents have been together for 36, 37 years now and it’s a beautiful thing,” he said. “I grew up in a three parent household. My mom, my father, and my grandmother.”

That is certainly wonderful, and everything would have been fine if he had only stopped there.

Newton goes on to give a rather vague description of a “bad b—h” when the hosts requested it, but it soon become clear that what he meant was a woman who exists for herself, rather than to serve and please men.

To be clear, women are real human beings, not actors who pretend to have their own thoughts but really only think about what the men in their lives want.

It only got worse from there.

“Now a women for me is, handling your own but knowing how to cater to a man’s needs. Right? And I think a lot of times when you get that ascetic of ‘I’m a boss b—h, Imma this, Imma that.’ No baby! But you can’t cook. You don’t know when to be quiet! You don’t know how to allow a man to lead.”

It remains unclear whether Newton himself knows how to cook, but he definitely doesn’t always know when to be quiet, even when podcast hosts are giving him looks of concern while he continues talking.

Newton has expressed that he is of the Christian faith and drops a number of classic conservative Christian sentiments in this short clip. He might also not be the best at relationships, having lost his girlfriend and the mother of four of his children after he cheated with an Instagram model, getting the other woman pregnant a month before his fourth kid was born.

This is also not the first time he’s been recorded saying something sexist. In 2017, he laughed at reporter Jourdan Rodrigue, a reporter and woman, for asking about “the physicality of his routes” in reference to another player.

“It’s funny to hear a female talk about routes like, it’s funny,” he said before answering the question.

Women living in this century largely did not appreciate Newton’s comments, particularly Black women, whom the free agent seemed to target with his lamentations about the so-called “bad b—h.” Some have suggested that he should marry a caterer, or maybe just pay for one to follow him around, or simply learn how to make his own food. 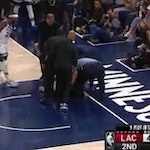 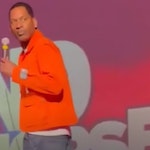