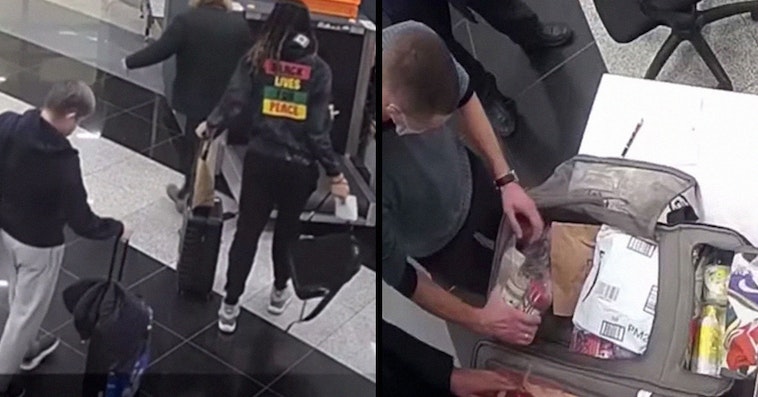 Brittney Griner is a seven-time WNBA All-Star player who The New York Times reports has been held in custody in Russia for weeks after she was arrested in February. A drug-sniffing dog identified vapes in her luggage at the Sheremetyevo Airport that contained hashish oil.

Griner was detained and charged with carrying a narcotic substance, which can carry a maximum sentence of 10 years in Russia.

“As a U.S. citizen was passing through the green channel at Sheremetyevo Airport upon arriving from New York, a working dog from the Sheremetyevo Customs canine department detected the possible presence of narcotic substances in the accompanying luggage,” the Russian Federal Customs Service said in a statement, according to multiple reports. “The customs inspection of the hand luggage being carried by the U.S. citizen confirmed the presence of vapes with specifically-smelling liquid, and an expert determined that the liquid was cannabis oil (hash oil), which is a narcotic substance.”

Fans are naturally deeply concerned about Griner’s safety, and have been contacting authorities in various basketball leagues and the U.S. government to see what’s being done about her dangerous situation. A spokesperson from the State Department told Insider, “We are aware of reports of a U.S. citizen arrested in Moscow. Whenever a U.S. citizen is arrested overseas, we stand ready to provide all appropriate consular services.”

Brittney Griner’s wife Cherelle Griner shared a photo of the couple on Instagram, writing: “Thank you to everyone who has reached out to me regarding my wife’s safe return from Russia. Your prayers and support are greatly appreciated.” She went on, “I love my wife wholeheartedly, so this message comes during one of the weakest moments of my life.” Cherelle added, “I understand that many of you have grown to love BG over the years and have concerns and want details. Please honor our privacy as we continue to work on getting my wife home safely. Thank you!”

Griner plays for the Phoenix Mercury of the Women’s National Basketball Association and won gold medals while playing for the US women’s national basketball team in 2021 and 2016.

In the off-season, she competes with Russian club UMMC Ekaterinburg, like a number of other WNBA stars. It’s unclear what will happen to Griner, but with Russia facing sanctions for its invasion of Ukraine and other international uncertainties, it’s a very concerning situation. 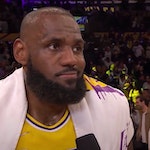 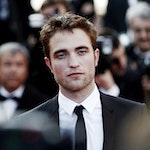