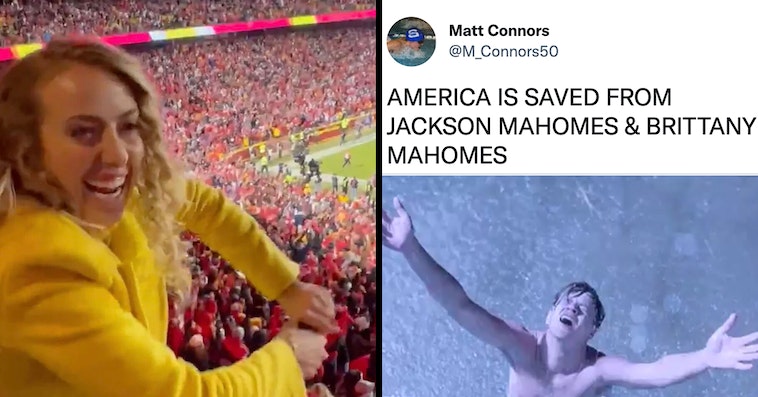 Chiefs fans didn’t go easy on Patrick Mahomes’ fiancée Brittany Matthews, or his brother, Jackson, after the Kansas City team lost their shot at the Super Bowl this year.

The Chiefs lost to the Cincinnati Bengals on Sunday thanks to the latter’s kicker Evan McPherson kicking a field goal during overtime, with credit to quarterback Joe Burrow as well. It was a harsh blow for Chiefs fans, but they soon found common ground with other NFL fans in the realization that nobody is going to have to deal with Jackson or Brittany for a minute.

Brittany most recently sparked frustrations when she opted to spray champagne on Chiefs’ fans from her cushy suite after their win against the Buffalo Bills. Many suggested it was a disproportionate reaction for the relevance of the game itself, and others simply expressed how annoyed they would be if someone covered them or their children in alcohol at an event.

However, Brittany pushed back at the criticisms, which ultimately prompted fans to mock her during and after the most recent game.

Jackson has similarly received criticism for his antics over the years as his brother has become more and more popular.

Obviously Chiefs fans would have preferred to see their team advance to the Super Bowl, but sometimes you take whatever consolation prize you can get. 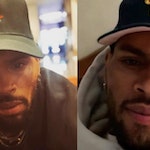 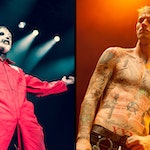