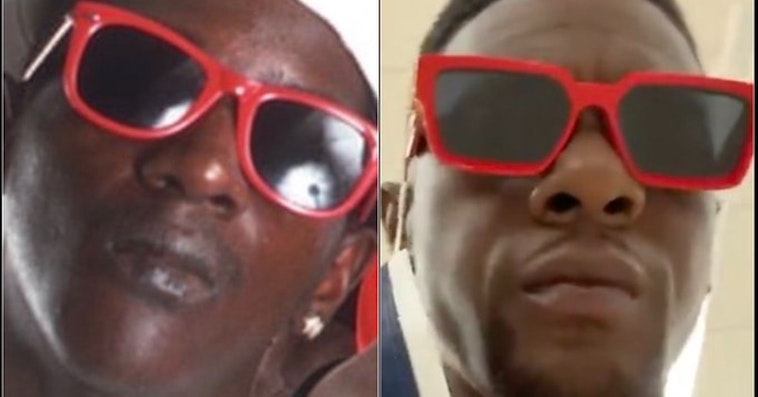 It’s always jarring when somebody tells you that you look like someone else, unless that person is famous for being hot. It’s probably even worse to be mistaken for an entirely different person, especially when you are Houston rapper Boosie Badazz and used to a certain amount of recognition and respect.

That is probably why he popped off after some “fan” came up to him at the airport thinking he was Public Enemy’s hypeman Flavor Flav.

Boosie posted a rant about the altercation on Instagram Saturday, and it’s not entirely clear if he’s really mad or not. He definitely sounds distressed to be told early in the morning that he looks like Flavor Flav.

On the other hand, he does acknowledge he is wearing the man’s iconic red glasses and uses cry-laughing emojis in the comments.

“I was just in the f-cking airport, a lady gone talk about ‘Flavor Flav,'” he says. “I don’t look like no damn Flavor Flav — I look like Boosie. That’s why I don’t wear these damn red glasses. Got me f–cked up early this morning. Too early in the morning for that sh-t. Flavor Flav, you can’t f-ck with me, man!”

The response on Twitter has pretty much been, “Well….actually…” as people compare Boosie in his glass to Flav:

As for Flavor Flav, he definitely has a sense of humor about it when he could have easily have been offended by Boosie’s disgust. He posted a response, parodying Boosie’s original video:

“Hey, yo check this out! I’m up here walking through the mall, man,” he says saying people are running up to him talking about “Lil Boosie.” 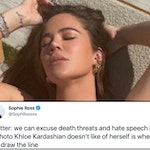 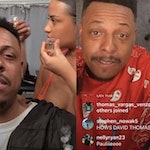