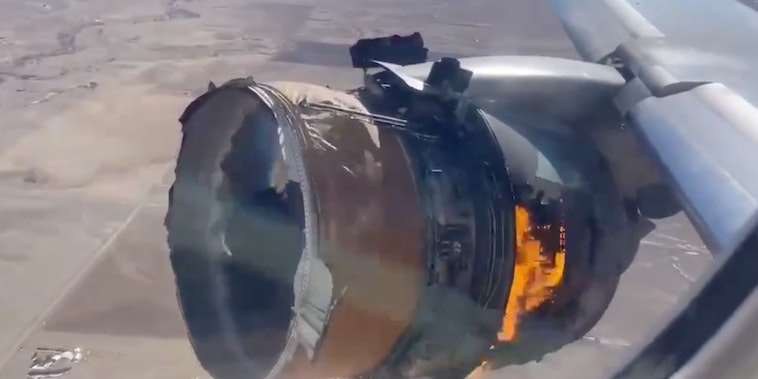 Harrowing photo and video footage caught a United Airlines flight traveling with one of its engines on fire before the plane arrived safely at a Denver airport.

Before the engine blowout, the Boeing 777-200 was transporting 231 passengers plus ten crewmembers, headed toward Honolulu. Fortunately, no one was injured. Still, the videos and photos reveal a terrifying narrative none of the passengers or pilots will ever forget.

One video of the United flight, which made it to Reddit’s r/PublicFreakout page, shows the passengers cheering as the plane safely landed in Denver. Smoke and flames could be seen coming from the busted engine.

One piece definitely found a way onto a family’s truck.

Another shows the engine immersed in flames.

Video from a dashboard camera shows the engine exploding, followed by a pall of black smoke.

The Federal Aviation Administration announced that the United flight experienced a right engine failure after takeoff. Both the FAA and the National Transportation Safety Board are investigating the incident.

Unfortunately, this appears to potentially be a broader issue.

Al Jazeera Plus tweeted about a flight in Europe: “A Boeing 747 cargo plane’s engine exploded over the Netherlands. Falling debris wounded 2 people, but the plane landed safely. It follows a similar incident on a Boeing 777 in Colorado. Both planes use Pratt & Whitney engines. Boeing says all 777s with that engine were grounded.”

In the subsequent grounding of dozens of Boeing planes, the Washington-based manufacturer appears to be placing blame directly onto Pratt & Whitney. 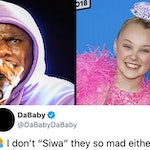 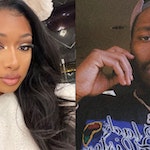