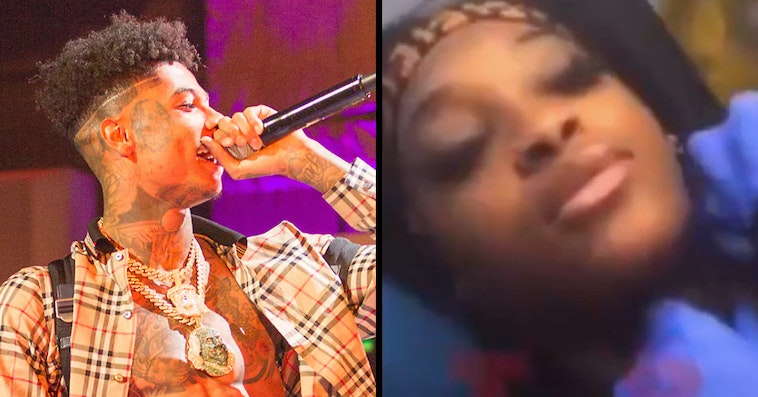 Rapper Blueface, whose real name is Johnathan Porter, is getting some negative attention after Twitter user @Hollywood2Time originally shared a video on Sunday in which the man is showing what seems to be a collection of women? Sleeping in bunk beds? And about to be given tattoos?

It’s a clip from a reality show taken in his home, where the premise is their phones have been taken away and they have to survive living together and fight one another. Does that make it better or worse?

“I don’t have relations with any of these women. The purpose of the show is to develop these women by exercising their temper attitude patience and composure,” he explained to The Shade Room.

“And I’m letting them use my platform as a second chance to chase their dreams without selling themselves to get by. We are all one family. They all have a past I just wanna change their future.”

In the video, Blueface says, “We’re getting tattoos today,” then wanders around catching footage of different women, some of whom are getting ready for the day, some of whom are trying to avoid the camera, and a couple who are literally being filmed while unconscious.

He asks the alert ones about where they’re planning to get their tattoos, then implies refusing a tattoo means going home. Sounds like a great reason to say no, but if you’re sleeping in a bunk bed at Blueface’s house, the alternatives are maybe not great.

The footage also shows one woman getting a tattoo on her neck.

There has been an outcry over the video, as it reminds people of the accusations against R. Kelly and the women he allegedly groomed and held captive at his home for years.

Blueface has said the show is called Blue Girls Club and the episodes will be released on OnlyFans. Instagram user @everybodyhatesstar is supposedly one of the cast members and defended the footage. It was screenshotted by Twitter user @dylanali_, who called it a “grooming testimonial.”

In the Instagram story, the woman insists that Blueface treated everyone well, bought them lots of clothes and beauty treatments, and had a private chef cooking for them every day.

“He even took us to Walmart and told us grab anything we wanted,” she wrote.

In the episodes that have been released, there were apparently some fights that sent girls to the emergency room. Whether they’re in the house voluntarily or not, it’s clearly not a safe environment for them. 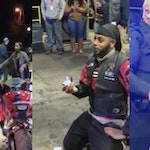 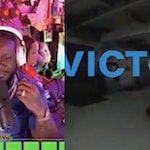