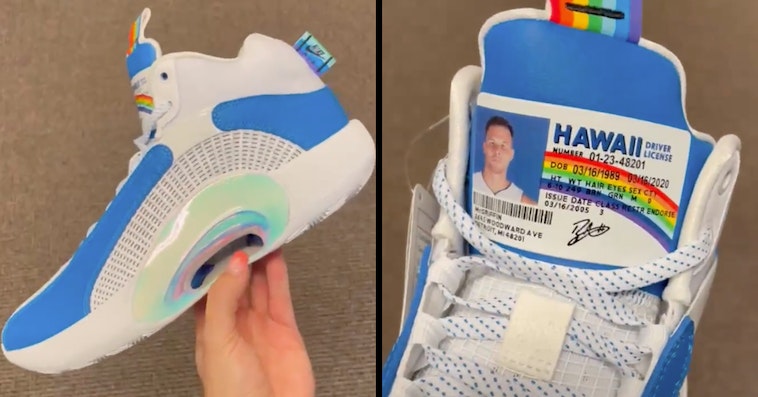 What better way to pay homage to an iconic movie like Superbad than to cop some custom McLovin shoes?

That’s what Brooklyn Nets player Blake Griffin did, and he showed them off at last night’s game against the San Antonio Spurs. The custom Jordan 35s feature a fake ID modeled after the one used by Christopher Mintz-Plasse’s Superbad character Fogell.

The shoes are blue and white with a rainbow accent and ID printed on the tongue. The “McGriffin” ID is tricked out with his height, weight, hair and eye color, picture, and signature. It also lists the address of Little Caesars Arena, the home court of his former team, the Detroit Pistons.

Griffin and the Pistons agreed to a contract buyout in March, after which he was signed to the Nets. NBA footwear writer Nick DePaula tweeted most custom player exclusive shoes are made six to eight months in advance, which is why the information is a little outdated.

Seth Rogan seemed to McLove these shoes, sharing them on his own Twitter.

Griffin is a longtime fan of Superbad and told Sports Illustrated in 2013 that it is his most-watched movie along with Old School. Maybe we’ll see some custom kicks inspired by that movie next? 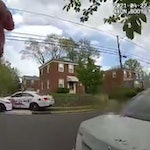 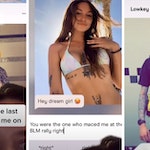