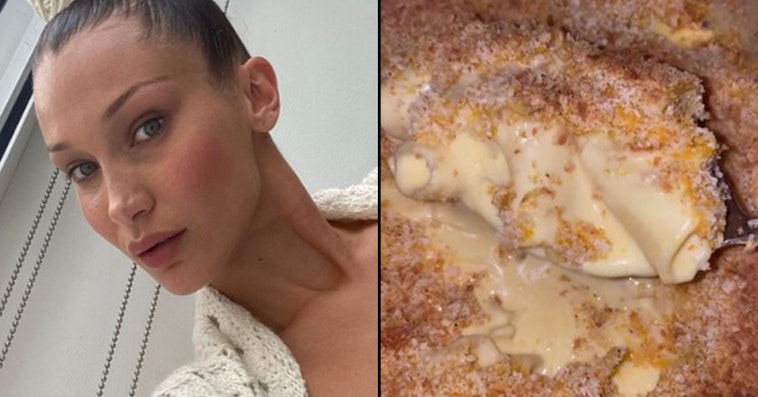 Celebrity cooking often inspires horror in regular people, unless they’re trying to sell a cookbook, like Chrissy Teigen. She has actually turned on a stove before, but most of them have private chefs making them their chia spirulina pudding in the morning. Or they barely eat at all! Every once in a while one of the celebs most famous for wearing bikinis on a Greek island decides to go into their pristine kitchen and whip up something from a foodie’s nightmares, like Kylie Jenner and “soul food.”

This week’s monstrosity comes from Bella Hadid, who shared several videos of her Thanksgiving mac and cheese plate that looks like it missed a step. The videos were preserved by The Shade Room Instagram account and show a spoon dipping into a liquid mess covered in a fine powder of what might have once been bread crumbs:

Look, I’m not gonna pretend my mac and cheese is going to win any awards, but I at least know it’s not supposed to be ninety percent liquid. There have to be some solids in there, or you’re drinking Velveeta soup. I respect Bella for trying, but seeing this posted to her Insta stories with zero self-awareness is a lot to take in.

Thank you to Instagram and Twitter, who found all the perfect ways to drag this dish to the garbage where it belongs:

Was that all too mean? It’s possible Bella Hadid has never had real mac and cheese and someone tricked her into thinking this was the real thing. You know there probably aren’t too many people in her life who will tell her when she’s doing something wrong. Even if it literally kills them with liquid cheese. 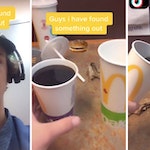 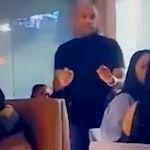