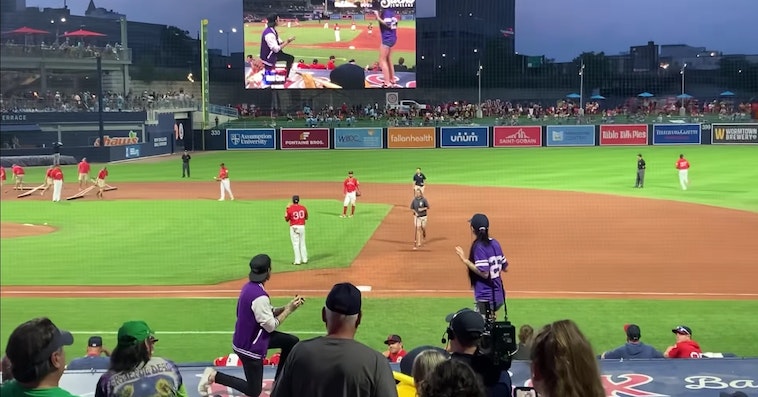 A proposal turned into an embarrassing scene that played out for the whole world to see at a minor league baseball game.

Big public proposals have turned into a sport of their own, especially with the rise of social media and everyone wanting to broadcast their most precious moments to their friends, family, and the public at large. But common sense still suggests that proposing in front of a whole slew of people is only a good idea if you’re absolutely positive of both the answer and that your partner is into a super public proposal.

The baseball fan who took it upon himself to propose during a Worcester Red Sox game struck out on at least one of those counts when the woman he proposed to took one look at him down on one knee and ran out of the game.

The two were featured on the jumbotron Kiss Cam at the time, broadcasting the brutal rejection to the entire stadium even before it hit the internet.

“I’m so sorry,” the woman kept repeating as she pushed her way back up the stairs, leaving her unhappy boyfriend behind.

There’s been debate online as to whether the moment was real or staged, but the dull expression on the guy’s face after realizing she’s not going to say yes seems pretty legit—and incredibly embarrassing.

“The woman was horrified after the proposal,” Steven Wooster, who was present for the big scene, told 98.5 The Sports Hub. “She ran up the stairs. The gentleman ran after her with two of his buddies.”

A spokesman for the club told the New York Post that he didn’t think the incident was staged, but if it was, the club had nothing to do with it. And another anonymous source alleged that members of their families were in the crowd, lending credibility to the idea that this was really supposed to be a big romantic moment.

The awkward fail has reignited the debate over public proposals, with people taking sides between the two individuals in this particular instance.

The identity of the couple (former couple?) hasn’t yet been uncovered, and for their sakes, let’s hope it stays that way. And may the next proposal they both endure be a little more prepared—and perhaps a little more private. 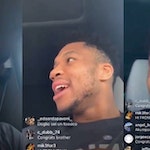 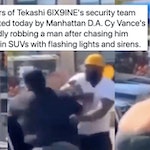