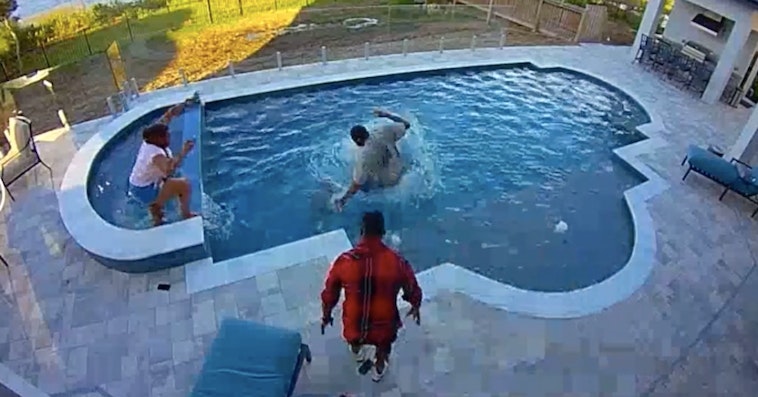 NBA All-Star Andre Drummond is apparently a superhero in his downtime. On Thursday, he posted a video taken by a Ring camera of a backyard pool in which a few adults are hanging out with his son, Deon. Deon wanders too close to the edge and falls in, which is pretty scary to the adults around him.

Drummond takes action, leaping into the water fully clothed and fishing the boy out.

He shared the footage with the caption, “NOT ALL HEROS [sic] WEAR CAPES. A parents worst nightmare….. Feat my son & I No one was harmed in this video.”

There were also some laugh-crying emojis thrown in, which probably indicates that his quick leap into the water might look extreme to viewers. But the video does show why it’s so important for kids to be supervised at all times around bodies of water and to learn to swim as early as possible. They are prone to disaster and it could have been a very dangerous situation if Drummond and his friends weren’t poolside with him.

Drummond does seem to have a sense of humor about the whole episode, RTing fans commenting on the video with more laughing emojis:

He also RTed this commenter who criticized someone who made fun of Drummond for calling his save heroic:

Yeah, let’s all just be happy that Deon is okay, okay? Deon’s mother Abigail Russo weighed in on the scene, Sports Illustrated reports, posting in her Instagram stories that “them father instincts kicked in quick” and that “Deon was just being a lil dare devil.”

Yes! Full alert is key here, always watch those kids in the pool. Or standing by the pool. Or looking longingly out the window at the pool. You never know what they’ll get into. 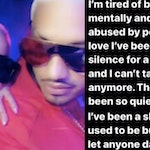 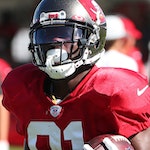